Gremmeniella abietina was first collected in Quebec in 1964 on white and black spruce growing in natural stands. The fungus was subsequently collected in plantations on jack pine in 1966 and on red, Scots, white, and lodgepole pine the following year. The disease is now found throughout the province in plantations and natural stands. The European race of the fungus was detected in a 10-year-old red pine plantation in southern Quebec in 1978. An intensive survey of the area the following year revealed 19 more infected plantations. To date, the fungus has been found in 18 red, one jack and one Scots pine plantations. Yearly surveillance and sanitation treatments for the European strain have kept the disease at a very low level and may even have eradicated it. 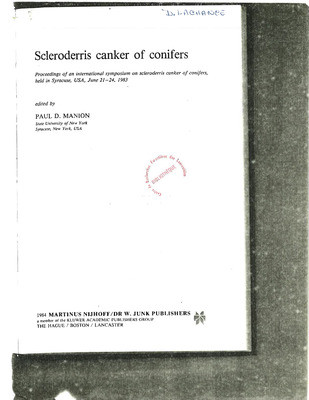