Four-year growth response to nitrogen fertilization and thinning is reported for an experiment established in a 25-year-old Douglas-fir stand of medium site quality. Four levels of nitrogen (0, 112, 224, and 336 kg N/ha), in the form of urea, were tested at two thinning levels in a randomized 4 × 2 × 2 factorial design replicated in 2 Blocks. Fertilizer was applied in spring or fall. Basal area growth per hectare in the thinned stand significantly surpassed that of the unthinned stand in the fourth growing period. Increased rate of nitrogen fertilization resulted in increased growth 1 year after fertilization. Urea applied in the fall resulted in greater growth response than that applied in the spring for the first growing period and over a 4-year period. Increased rate of fertilization increased mortality significantly in the fourth growing period, but had no prior effect. Thinning decreased mortality in all four growing periods. 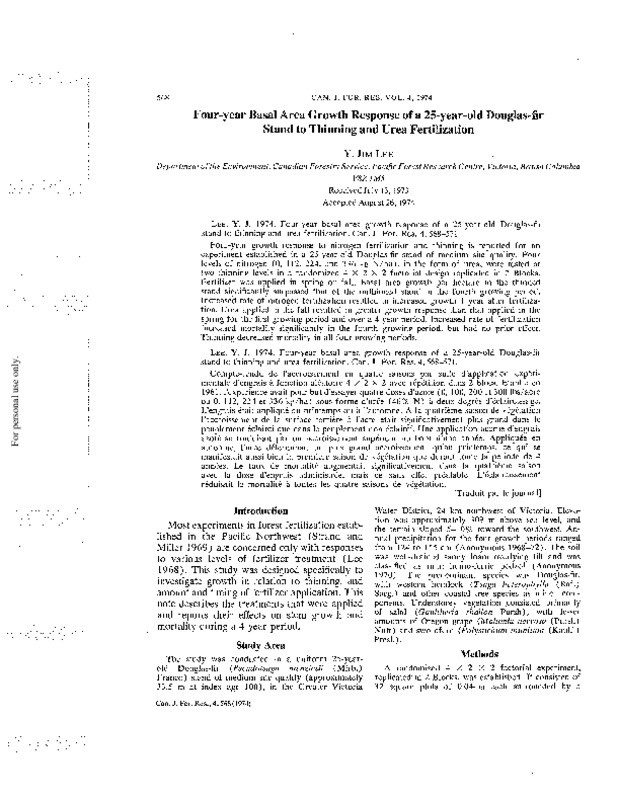