Mud cracks and polygons form during summer in tidal flats of the south shore of the St. Lawrence Estuary. They occur near mean low water level at the top surface of ice push mud ridges formed during winter and break-up. They are a source of mud clasts which settle in the surroundings when carried away by waves and currents. 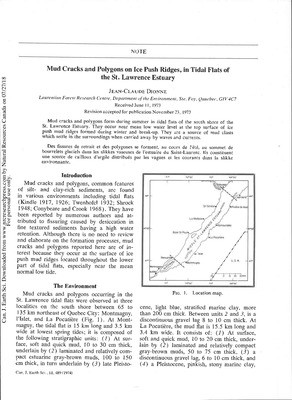