Other studies made in the course of this experiment showed that over a period of 10 years, sound dominant and co-dominant trees grew 27.3% more in volume that trees of the same group found with decay at the end of the period. In addition, growth reduction appeared to increase with increasing volume of decay within a tree. In general, larger trees had a larger decay volume than smaller ones, but on the basis of the total volume of the tree, losses were greater on smaller trees. Total decay volume represented 2.7% of the total volume of the stand. Polyporus tomentosus, a root and butt decay fungus of conifers, was responsible in frequency and in volume for about two-thirds of the losses. 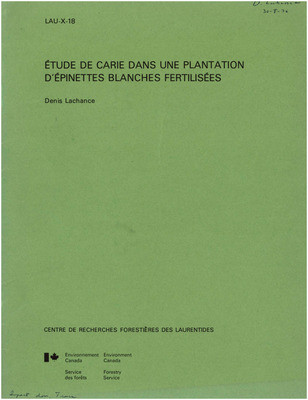