Preliminary models describing the physiological changes associated with the initiation of migratory flight of the true armyworm, Pseudaletia unipuncta, and the spruce budworm Choristoneura fumiferana, are presented. Ovarian development, pheromone biosynthesis and the expression of calling behaviour (associated with the release of the sex pheromone) in the true armyworm all require juvenile hormone (JH). When reared under low temperature, short day conditions JH biosynthesis is low, resulting in a delay in sexual maturation and stimulating the onset of migration by immature adults. A similar scenario is proposed for the male responsiveness to the female sex pheromone. In contrast, spruce budworm migration is generally undertaken by mated females that have already laid a certain proportion of their eggs. In this species we hypothesize that the physiological processes involved in the expression of migratory behaviour are also related to changing JH titers but associated with male quality, determined by the quality of foliage available during larval development. High quality males transfer resources to the female at the time of mating that render her refractory and normal egg laying behaviour occurs. In contrast, if male resources are insufficient then JH titers remain low, calling behaviour resumes and females, stimulated by the high levels of ambient conspecific pheromone, initiate migration. 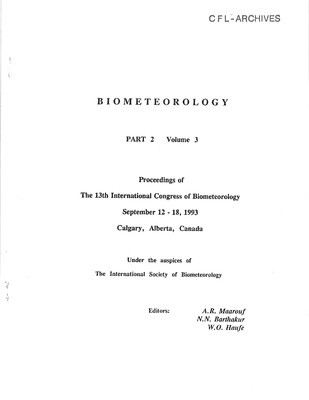