A progeny test including twenty-three balsam fir open-pollinated progenies from the province of Quebec was established in 1972 on the Valcartier Army Base, near Quebec City. Fifteen families originated from a stand in the Laurentian Park. Results from measurements taken 5, 10, and 17 years after planting show that survival is good and that there is no genetic difference as far as adaptation to site is concerned. Growth and form characters are under moderate genetic control. Selection indices were calculated. Genetic gains over 20% in growth and bole straightness are expected from a combined selection made fifteen years after planting. 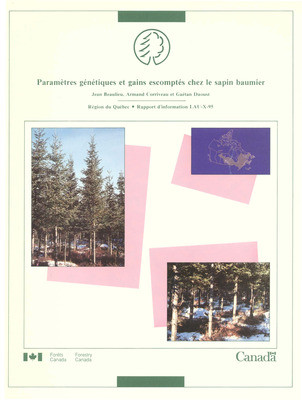