A detailed study of infestations on S.E. Vancouver Island indicated that dwarf mistletoe intensity on the shore pine was extremely high. An average of 85% of trees over 1.4 m were infected and the average stand infection intensity ranged from 0.7 to 5.1 on a 6-class system.

The study showed that A. tsugense on shore pine flourishes on habitats separated from A. tsugense on hemlock. Separation of the two would favor maintenance of the physiological differentiation indicated by earlier cross-inoculation experiments. 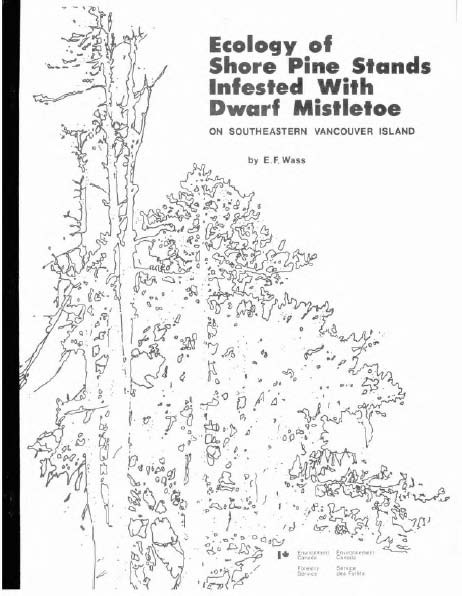