From September 21 to 28, 2003, the XII World Forestry Congress of the Food and Agriculture Organization of the United Nations (UN/FAO) was held in Quebec City, Quebec, Canada. As a side event of that Congress, the symposium on "Silviculture and the Conservation of Genetic Resources for Sustainable Forest Management" was held on September 21. The symposium was sponsored by the Forest Genetic Resources Working Group (FGRWG) and the Silviculture Working Group of the UN/FAO's North American Forest Commission as well as by the International Union of Forestry Research Organizations (IUFRO). The organization was taken on by FGRWG members as one of their tasks. Jean Beaulieu and Eric Teissier du Cros welcomed the participants on behalf of FGRWG and IUFRO, respectively. 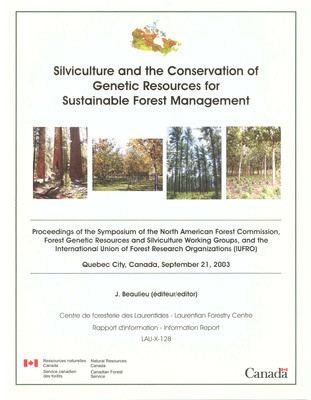