Mountain pine beetle activity was examined in untreated and “beetle-proofed” (thinned or spaced) portions of mature lodgepole pine stands at five sites in central or southeastern British Columbia. Patch infestations requiring direct control were present in the untreated portions at all five sites. Number of attacked trees per hectare, mortality due to mountain pine beetle, and green to red attack ratios were much lower in treated portions. At the four sites where beetle pressure resulted only from the growth of resident populations during a period of favourable weather, no infestations requiring treatment developed in beetle-proofed stands. At the fifth site, extreme beetle pressure that resulted from immigration of beetles from an uncontrolled epidemic caused unacceptable damage to the beetle-proofed stand. The proportion of attacked trees where beetles successfully established and produced brood was high at all sites, regardless of treatment, suggesting that effect of treatment on ability to resist attack was not as important as the large reduction in frequency of attacks in beetle-proofed stands, which was more likely due to altered microclimate and increased inter-tree spacing. 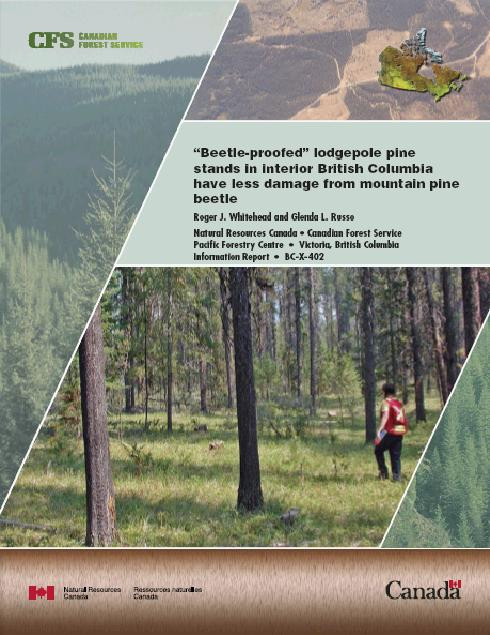