The mountain pine beetle infestation attacking British Columbia's pine forests began in the mid- 1990s. By 2004, it had exploded across more than seven million hectares, and is now the largest recorded insect infestation in North American history.
In order to assist British Columbia in addressing challenges associated with the infestation, the Government of Canada announced in October 2002 the Mountain Pine Beetle Initiative, a six-year, $40-million program to reduce the impact of the current epidemic and the risk of future epidemics. The program is administered by Natural Resources Canada, Canadian Forest Service, and supports the Canadian Forest Service's mandate to promote the sustainable development of Canada's forests and the competitiveness of the Canadian forest sector. This report highlights past delivery of the land-based programs and progress of beetle research during 2003 and 2004 by the Mountain Pine Beetle Initiative. 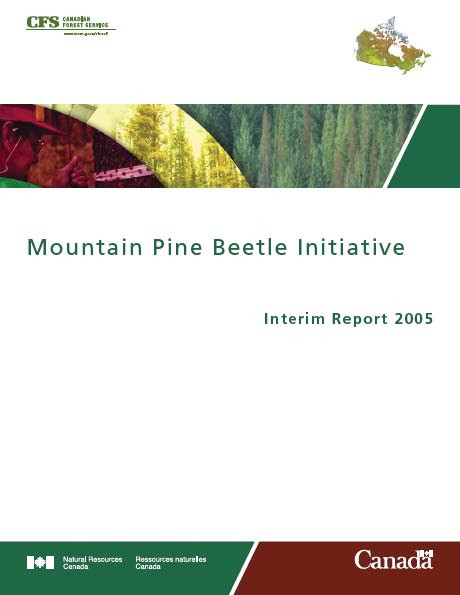