Averages of 10, 10, 0 and 4% of white spruce, black spruce, balsam fir and jack pine saplings were killed by Armillaria Root Disease (ARD), after 10 years following planting around 50 infected stumps that had been prescribed burned. Comparable averages on an unburned control area of 8, 8, 0 and 6% were not significantly different from the burned area. ARD did not occur in any trees planted adjacent to five deeply burned stumps. However, no statistically significant relationship was found between ARD and intensity of burn on stumps. Significantly (p = .05) fewer balsam fir saplings were killed by ARD than of either white or black spruce. Jack pine heights were significantly greater (p = .05) than those of the other species on both locations after10 years, and on the unburned site after 17 years (experimental trees on the burned site were inadvertently cut during a silvicultural thinning in the year prior to measurements in the 17th year). Balsam fir heights were significantly less (p = .05) than those of the other three species on both sites after 10 years, and after 17 years on the unburned site. 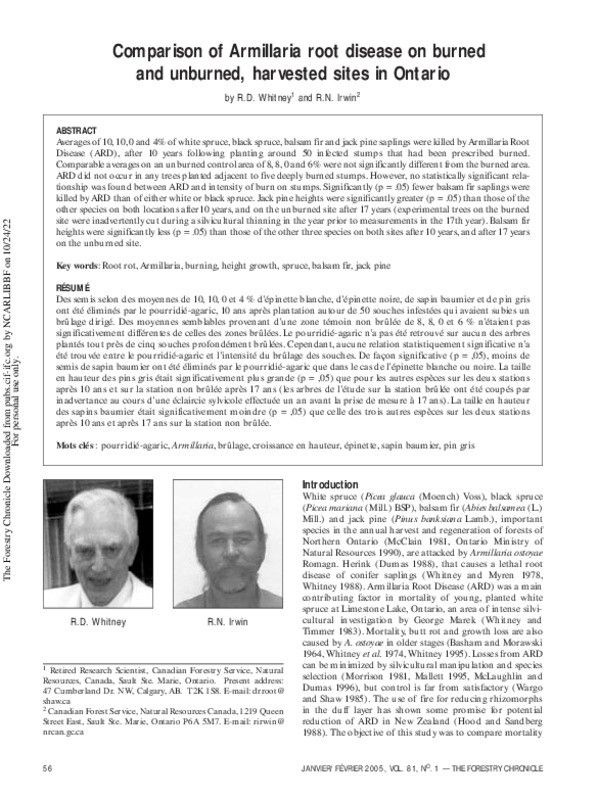