In the period 1981-1985, the Canadian Forestry Service issued 665 certificates of provenance in accordance with the OECD scheme for the control of forest reproductive material moving in international trade. These represented 165 “source-identified” seedlots and three seedlots in the “untested seed orchards” category, for a total weight of 8222 kg valued at over $5 million. This brought the total of certificates issued since the inception of the scheme in Canada to 2305 for 595 seedlots weighing 24 137 kg. Between 1983 and 1985 (1981 and 1982 activities were reported previously), 302 international certificates of seed quality were issued in accordance with the ISTA rules for 9833 kg of seeds. These brought the total seed quality certificates since 1979 to 651, and the total weight of seeds for which tests were performed to 29 596 kg. 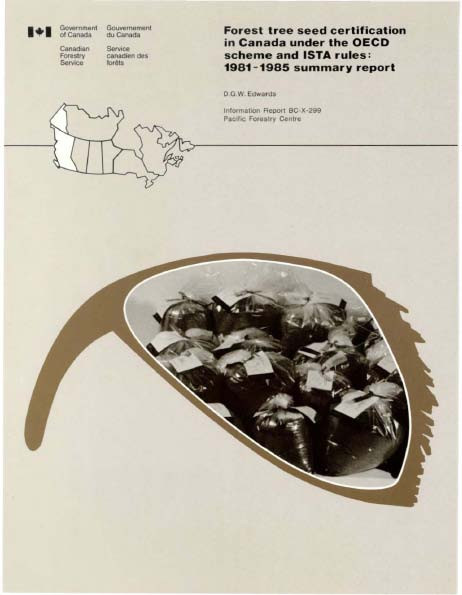