An economic analysis of the Forestry Canada silviculture experiment near Shawnigan Lake, British Columbia is conducted. Y-XENO, a single-tree density-dependent growth model is used to project, from age 24 to 120 years, nine combinations of thinning and fertilization for Douglas-fir (Pseudotsuga menziesii (Mirb.) Franco) on a poor site. Costs and benefits as a function of stand diameter are estimated, and forestry investment criteria are used to evaluate each treatment on both an incremental and a regime basis. The effect of assumptions of rising real prices and treatment of silviculture costs as an initial investment and alternatively as a harvest cost are examined. The best treatment was found to be a combination of heavy thinning and fertilization. 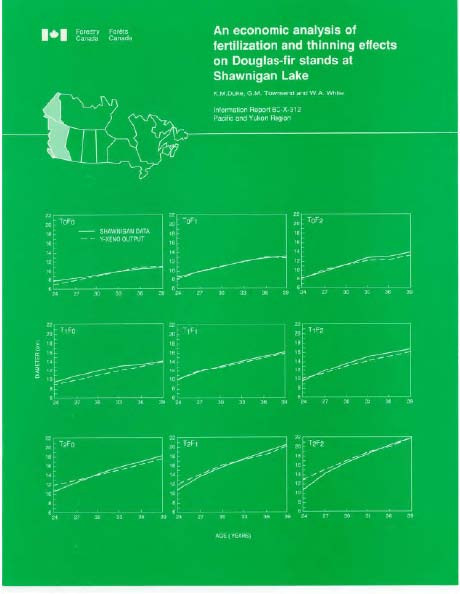