Data from the 1981 and 1986 censuses are analyzed to determine the influence of forest sector dependence on various socioeconomic characteristics in rural British Columbia's incorporated communities and territorial subdivisions. The effects of relative population are also presented. Forest-specialized communities and regions were found to have the lowest employment multipliers. Unemployment rates in rural British Columbia increased substantially during the study period, regardless of the degree of forest sector dependence. Participation rates for men and young people decreased during the study period, while the rates for women increased. Forest-specialized communities and territorial subdivisions supported the highest male incomes in 1981 and 1986, though real male incomes fell during this period, in contrast to female real incomes which increased. The population of all forest sector dependence categories was better educated in 1986 than in 1981. The population of rural British Columbia stagnated in the early to mid-1980s as fewer people inmigrated and more outmigrated. 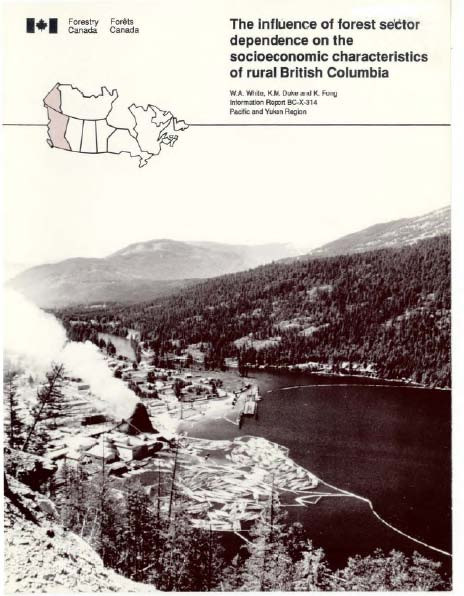