Three field tests were conducted in which fresh lodgepole pine (Pinus contorta Douglas var. latifolia Engl.) material, namely bolts with and without bark, bark only, and freshly tapped resin, were placed in beetle-excluding "greenhouse" cages; empty cages served as controls. Two "window" flight traps per cage, at right angles to each other, caught mountain pine beetles (Dendroctonus ponderosae Hopkins) arriving at the cages. Significantly more mountain pine beetles were trapped at cages baited with bolts and wood only than at empty control cages. Primary attraction in the mountain pine beetle is thus established, in the absence of pheromones and normal visual cues (tree stem silhouette). More beetles were trapped at cages baited with bark only and with resin than at empty control cages, but differences were not significant at p=0.05. The sex ratio of trapped beetles (4.83 females : 1 male) was more than twice as high as the reported sex ratios of free-flying and emerging beetles. 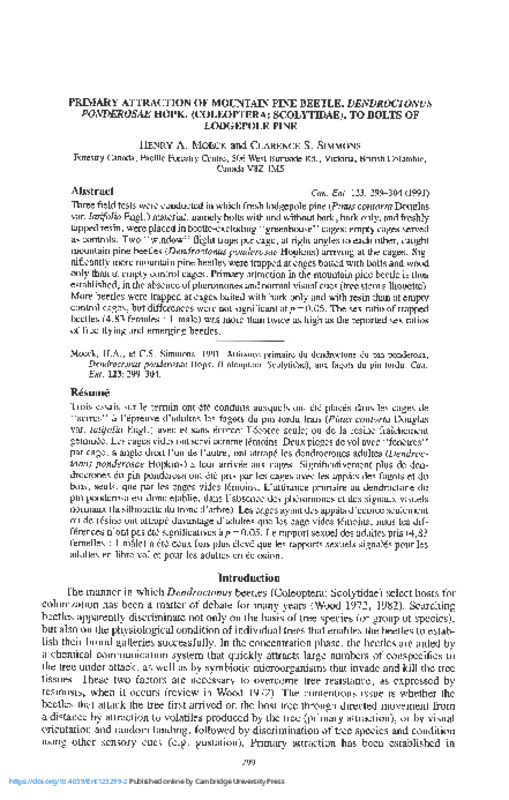