A method of predicting spread of mountain pine beetle through the use of a simulation model is described, and the assumptions underlying the method are explained. The model was designed to interface with the British Columbia Ministry of Forests forest inventory, and to require only a minimum amount of information about mountain pine beetle (such as the information normally available from operational surveys) to run.

Control by selective harvesting of attacked stands, use of pheromones, and various single-tree treatments is evaluated through a sensitivity analysis of the model parameters; area of attack was the indicator variable for the sensitivity analysis. All control measures were greatly affected by the efficiency of the survey procedure used to determine the extent of the attacked area. In addition, methods such as pheromone baiting and single-tree treatments of various types became relatively ineffective as the area of attack increased, or where there was significant population pressure from neighboring infested areas. 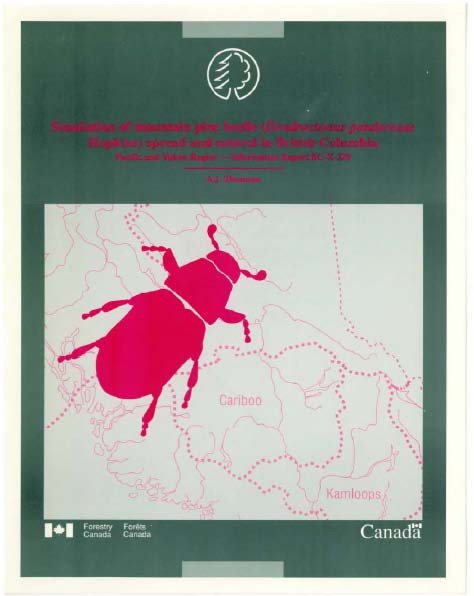