Six chronosequences were established on southern Vancouver Island, British Columbia, to address the concerns regarding the potential loss of species diversity and increased risk to rare or old-growth-dependent species due to large-scale harvesting of old-growth forests. Each chronosequence comprised four seral stages, representing regeneration, immature, mature, and old growth forests. Composition and cover of trees, shrubs, herbs, and cryptogams were sampled in each stage. On forested plots, cryptogams (i.e., bryophytes and lichens) made up about half of the species, of which most occurred on coarse woody debris and rock substrates. Sites dominated by Douglas-fir on eastern Vancouver Island exhibited substantial differences among successional stages in the numbers of herbs, shrubs, and cryptogams, but the overall number of species did not change dramatically between stages. On western Vancouver Island, where western hemlock was the dominant species, the regeneration stage supported far more species than later stages did. Mature and old-growth forests do not necessarily maintain larger number of species than younger successional stages do, but they may support species that are uncommon or absent in immature forests and regeneration sites. Those species found to be restricted to older forests differed between eastern and western Vancouver Island, suggesting that care must be taken in applying information about species distributions, patterns, and tolerances from one ecosystem type to another. The implications of our findings to forest management are discussed. 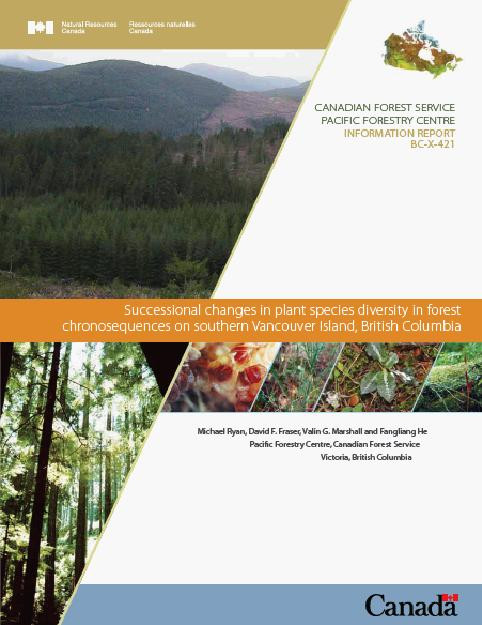