A system was designed for projecting the growth of uneven-aged stands of interior Douglas fir (Pseudotsuga menziesii var. glauca (Beissn.) Franco) of the Kamloops Region of British Columbia after defoliation by the western spruce budworm (Choristoneura occidentalis (Freeman)). The system reads forest inventory files and simulates infestations of varying severity and duration. The system produces the losses in total stand volume (all trees with a diameter larger than 2.5 cm) and in volume of the harvestable trees (all trees with a diameter larger than 30 cm) for every 10 year interval. In a trial consisting of a 20 year projection on 32 stands, assuming a 7 year infestation in the first decade, the system calculated that at the end of the projection, losses in total volume per hectare averaged 6.2%, 23.3% and 32.8% of the total stand volume, for light, moderate and severe infestations, respectively. Reduction in the 20 year periodic annual increment of the total volume averaged 7.1, 39.3 and 51.6%, for light, moderate, and severe infestations. Losses resulting from infestations lasting 1-9 years are also reported. 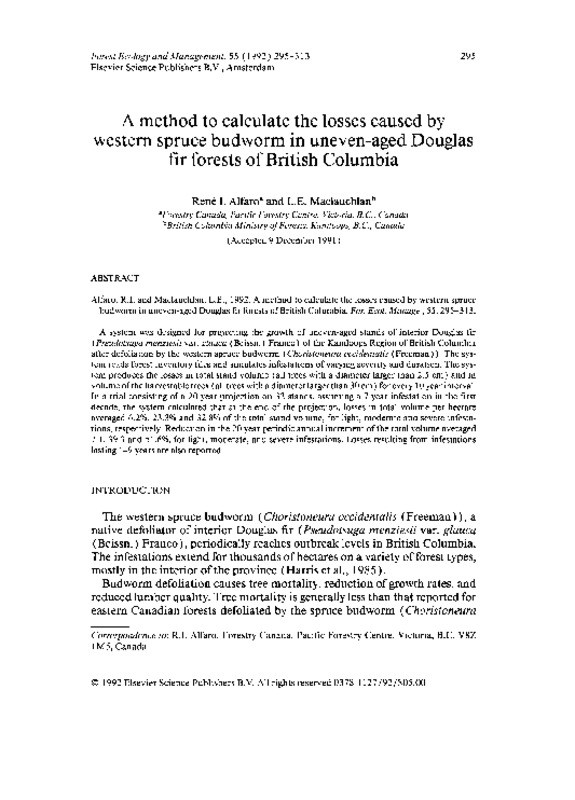