Altough the effects of slope and wind on fire spread rate have been well documented, their interactive effects are not as well known. Past methods have added spread rates predicted by the wind and slope separately using vector algebra. Other, simpler, methods have also been used. If, however, a downslope wind produces a spread rate equal to the slope-influenced spread rate, a zero spread rate will result. The model presented herein converts the slope into an equivalent wind speed, which is then added to the on-site wind using the same vector algebra. The resulting net effective wind speed and direction is used to compute spread rate. This method allows computation of spread rates in complex wind/slope interactions, and provides a predicted spread direction by resolving the net force acting upon the fire. An actual cross slope fire compared with the proposed model with favourably. 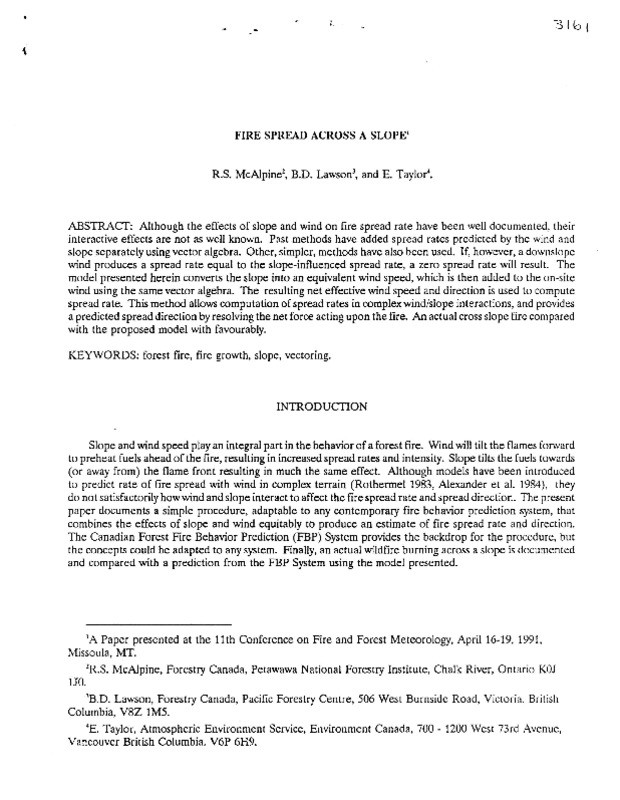