2 Measures of fitness, survival and fecundity, were made on cohorts of final-instar spruce budworms deployed on host trees at several times during the season in four field locations in coastal and interior British Columbia, Canada.

3 Survival and fecundity were strongly correlated throughout the season and varied as much as four-fold from maxima at mid-season to minima at the end of the season.

5 The influence of the phenological window and degree of synchrony with the host plant on herbivore abundance often depends on other processes affecting population rates of change. 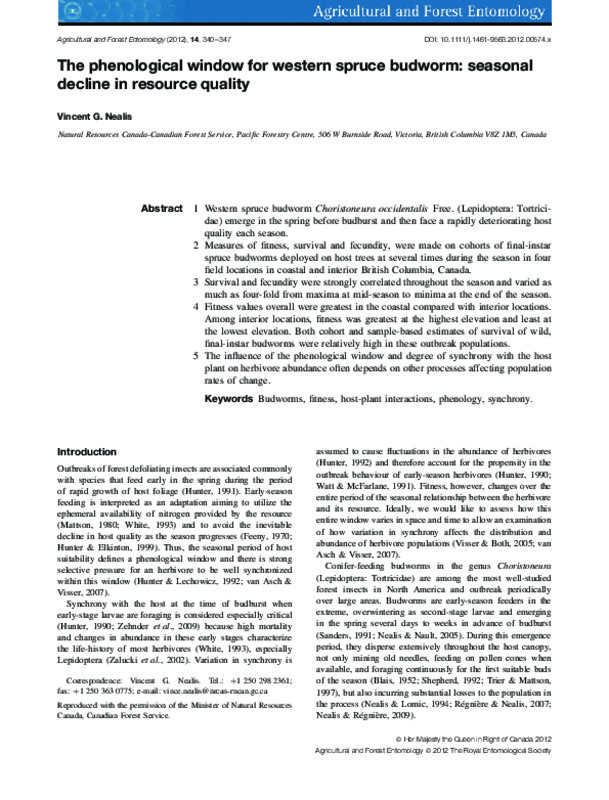