Dry forests of British Columbia’s southern interior are considered ecosystems of conservation concern due to a long history of habitat loss and the presence of species at the northern extent of their range. A wide variety of management systems have been used to direct vegetation succession for range and timber objectives over the last century. More recently other management systems also aimed at directing succession in these forests have emerged, i.e., ecosystem restoration and fuel reduction treatments. Surprisingly, very few experiments have been done to evaluate the success, trade-offs, and costs of such treatments. The Isobel project near Kamloops, British Columbia, was initiated in 2001 to develop and assess prescrip¬tions to maintain prolonged open canopy conditions in dry Douglas-fir forests. The experiment involves three levels of harvesting removal (0% (control), 50–60% and 75–80%), three site preparation treatments site preparation treatments (no site preparation, mechanical spot screefing, prescribed fire) nested in and out of livestock exclosures. Vegetation response was monitored at 2160 1 m2 vegetation plots distributed in the 72 treatment units. Species composition generally fell into three main groups following harvest: increasers such as pinegrass (Calamagrostis rubescens); decreasers such as rattle¬snake plantain (Goodyera oblongifolia); and species such as common snowberry (Symphoricarpos albus) whose response appears to be more closely associated with site factors such as soil moisture than understory light. Few species were only associated with prescribed burns which suggest that the plant community is well adapted to a variety of disturbance agents and is not “fire dependent”. The severity and number of disturbance types which overlap are key in predicting vegetation response. These results will assist in developing tools for directing succession in dry forests to achieve a variety of objectives in sustainable and cost-effective manner. 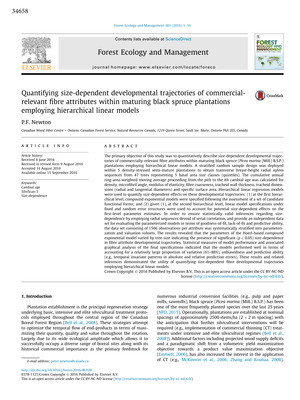