The introduction of hardwoods into the boreal forest is a strategy being considered to reduce the risk of fires. However, the effectiveness of this strategy remains to be demonstrated.

Lacustrine charcoal analysis in the eastern Canadian boreal forest indicates that fire frequency was higher 6 000 to 3 000 years ago during the pre-industrial era (around 1750). However, in the southern portion of the area studied, the frequency of fires is not significantly higher. The researchers concluded that the heightened fire risk resulting from a warmer and drier climate in the southern portion is counteracted by the higher number of hardwoods. 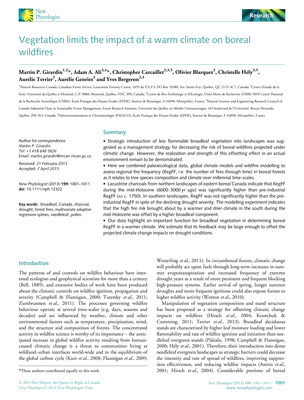