Canada recognizes International Year of Forests 2011: The United Nations has declared 2011 the International Year of Forests (IYF) with the theme Celebrating Forests for People. IYF 2011 offers a unique opportunity to bring attention to the challenges facing many of the world's forests and the people who depend upon them. This event is instrumental in highlighting a number of international declarations and policy mechanisms to which Canada is a signatory. IYF is being celebrated nationally and in the region of Ontario through numerous cooperative initiatives.

New biomass harvesting study examines sustainability, biodiversity, and the bioeconomy: Using woody materials, also know as bio-fuels, from the forest to generate energy, offers tremendous potential for Canada's forestry industry. A forest bioeconomy is based on the idea of using biological resources for the manufacture of bio-products, and requires a supply of environmentally sustainable biomass. Biomass harvesting for bioenergy is a component of the bioeconomy; researchers in Ontario have been investigating the impacts of biomass harvesting on sustainable productivity since the early 1990s. Scientists and other stakeholders in the forest community are concerned about the possible long term impact of biomass harvesting on sustainability and biodiversity. Scientists at Natural Resources Canada's Great Lakes Forestry Centre are involved in one of the oldest and most comprehensive biomass removal experiments in Canada, and recently added a new study to the large-scale experiment to examine the impacts of intensified forest biomass harvesting. This leading-edge research is contributing to knowledge and expertise about the bioeconomy by answering questions on biomass harvesting and its effects on sustainability, soil productivity, biodiversity and forest operations. The question is, in short, how can Canada take advantage of the opportunities in a way that is sustainable, environmentally sensitive and profitable?

Researchers explore the influence of harvesting on carbon storage in Ontario boreal mixedwoods: The Great Lakes Forestry Centre is one of two Canadian Forest Service operations is one of two Canadian Forest Service operations that have installed and now operates a field site to measure carbon uptake in a key Canadian ecozone, in our case boreal mixedwoods. The site is part of a network of six stations across the country that comprise the Fluxnet network, a broad research collaboration between university and government researchers designed to collect data on carbon storage - or sequestration - in important forest ecozones. The Ontario study was established in 2003 specifically to learn how harvesting in boreal mixedwood forests affects uptake and release of carbon dioxide, a greenhouse gas (GHG). Measurements taken from 30-metre-high towers with highly specialized instrumentation will help explain the interaction between GHG emissions and forest management.

Growing insect cells to develop better pest control methods: An important area of research being conducted at Natural Resources Canada's Great Lakes Forestry Centre is the development of natural control products aimed at reducing infestations of forest insect pests. This work helps to protect the health of Canada's forests. This particular field of research advanced exponentially in the 1960s when the technique for growing insect tissue cultures outside the organism was perfected. Since 1969, scientists at GLFC have been using insect cells to test the effectiveness of natural control products such as viruses and growth regulators against a variety of insect species. With recent advances in biotechnology, insect tissue cultures have assumed an increasingly prominent role in basic biological research and biotechnology. Growing insect tissue cultures requires intimate knowledge of the nutritional and environmental requirements of insect cells so that cultures can be maintained in a suitable artificial nutrient media. 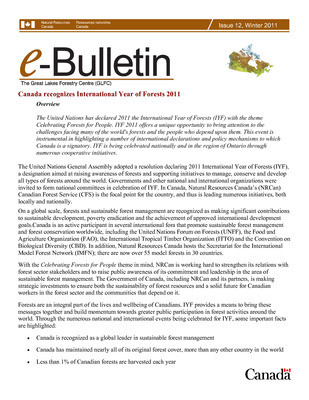