Emulating natural disturbance in forest riparian areas: Canadian forest management practices are evolving towards the emulation of natural processes, such as fire, in the boreal forest to maintain forest health. Forest management practices that leave unnatural patches around riparian zones (shoreline) do not emulate the effect forest fires have on the boreal forest landscape. Research has demonstrated that partial harvesting in riparian zones in the winter increased habitat complexity and had minimal short-term effects on aquatic invertebrate populations, sedimentation in the water bodies, and stream temperatures and was economically viable.

TOPIC Network: a Canadian network of plant functional trait data: The increasing challenges of managing ecosystems in Canada have made it necessary to bring together information from many sources into portals or databases that facilitate research via data sharing. They can provide a broad range of data that can be used to protect biodiversity, provide risk assessments and to prioritize mitigation and restoration efforts. The TOPIC Network (Traits of Plants in Canada) was developed to respond to this need. 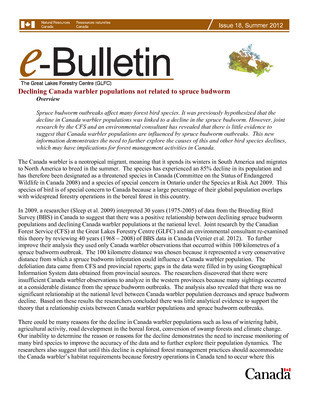