Canada was an early adopter of the principles of sustainable forest management (SFM). One of the earliest steps was the establishment of a framework of criteria and indicators (C&I) for defining and assessing progress toward the achievement of SFM. However, this framework was developed before the potential consequences of climate change for forests and forest management were well understood. The current C&I assume a relatively stable climate. It is now known, however, that the climate of the future will be different from past and current climate. This change poses unprecedented challenges to forest management and may reduce the effectiveness of current C&I in defining and reporting on progress toward SFM. Decisions about how the existing C&I can be updated to account for climate change seem warranted. However, incorporating climate change into the C&I framework is not straightforward. Efforts to do so will ultimately require broad discussion and consultation at multiple scales on how progress toward SFM is to be defined and measured under a changing climate. This paper considers ways in which the C&I for SFM developed by the Canadian Council of Forest Ministers might be affected by climate change and examines options for updating them to account for climate change.

This report, one in a series by Canadian Council of Forest Minister’s Climate Change Task Force, concerns criteria that represent forest values that Canadians want to enhance or sustain, and indicators that identify scientific factors to assess the state of the forests and measure progress over time. Canada’s criteria and indicators (C&I) for sustainable forest management (SFM) were developed shortly after Canada adopted a national forest strategy in 1992, as a way of tracking our progress toward SFM goals. The current C&I were developed before the specific impacts of climate change were recognized as a serious issue for SFM in Canada. This report reviews the C&I and cites other studies showing that many of the indicators under each criterion will become less useful as measures of progress toward sustainable forest management under climate change. The report suggests that the current C&I will need to be modified by removing or adapting existing criteria and indicators or adding new criteria and indicators that capture or reflect the effects of climate change and that monitor adaptation and adaptive capacity. Consideration of C&I underpins our participation in international SFM efforts, and operating under inappropriate C&I would have a negative effect on Canada’s international leadership in forestry. 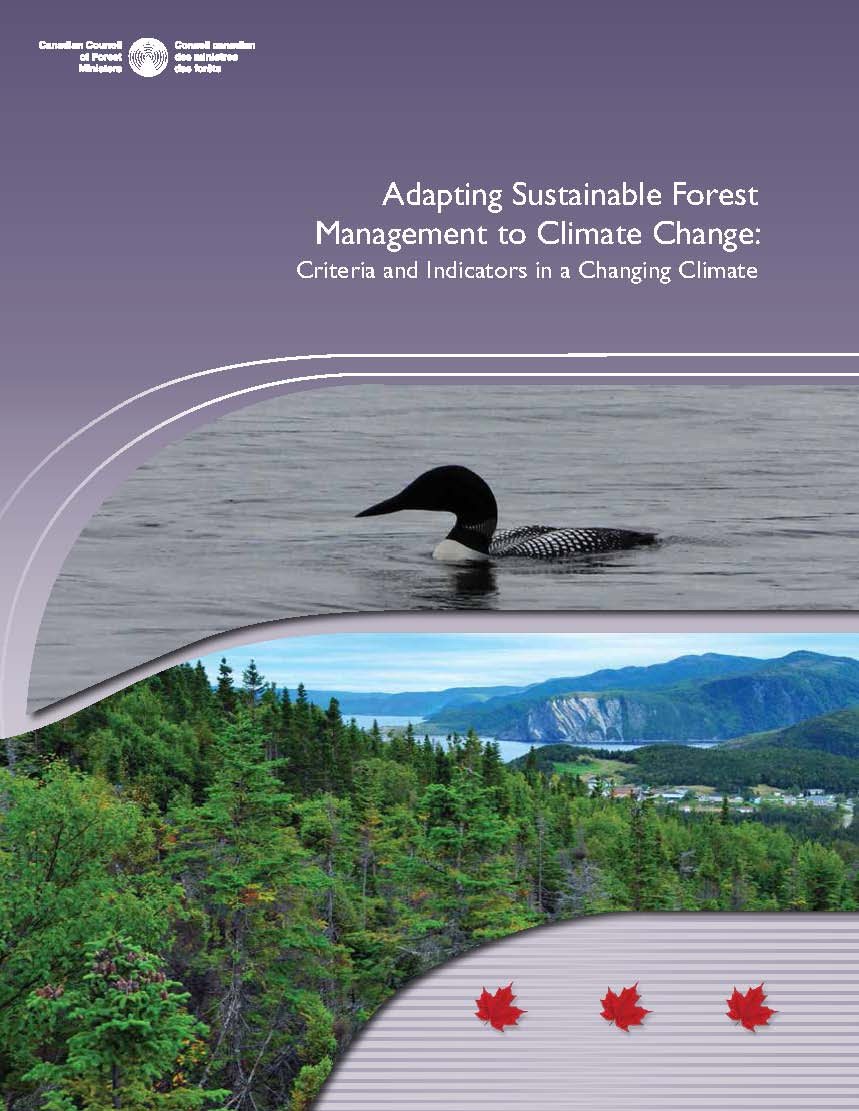