Establishing protection networks to ensure that biodiversity and associated ecosystem services persist under changing environments is a major challenge for conservation planning. The potential consequences of altered climates for the structure and function of ecosystems necessitates new and complementary approaches be incorporated into traditional conservation plans. The conterminous United States of America (CONUS) has an extensive system of protected areas managed by federal agencies, but a comprehensive assessment of how this network represents the CONUS climate is lacking. We present a quantitative classification of the climate space that is independent from the geographic locations of climatic observations to evaluate the climatic representation of the existing protected area network. We use this classification to evaluate the coverage of each agency’s jurisdiction and to identify current conservation deficits. Our findings reveal that the existing network poorly represents the CONUS climatic diversity. Although rare climates are generally well represented within the network, the most common climates are particularly underrepresented. Overall, 83% of the area of the CONUS corresponds to climates underrepresented by the network. The addition of some currently unprotected federal lands to the network would enhance the coverage of the CONUS climates. However, to fully palliate current conservation deficits, large-scale private-land conservation initiatives will be critical.

In planning conservation areas in a region, it is important to include a wide variety of areas that can preserve the region’s varied ecosystems. In the United States, several analyses have been conducted to find gaps in coverage of species, types of vegetation, types of land cover and so on, in the nation’s protected areas. This research was a gap analysis of types of climate covered by existing protected areas, since climate determines many aspects of an ecosystem. It was designed to help guide future establishment of additional protected areas in the continental United States. The researchers analyzed climate in the United States for many factors such as temperature and moisture, and classified areas into “climate domains” depending on these factors. They found that current protected areas do a good job of representing rare climates in the United States, especially mountain climates, but under-represent the climates of 83% of the area of the United States. To meet the US target of protecting 10% of area in all climate domains, protected areas need to increase by about 140%. The researchers conclude that there is plenty of potential area that could be made into needed protected areas, but some may be under state or private ownership, rather than federal purview. Conservation areas representing substantial portions of major ecosystems will become increasingly important as climate change affects existing biodiversity. 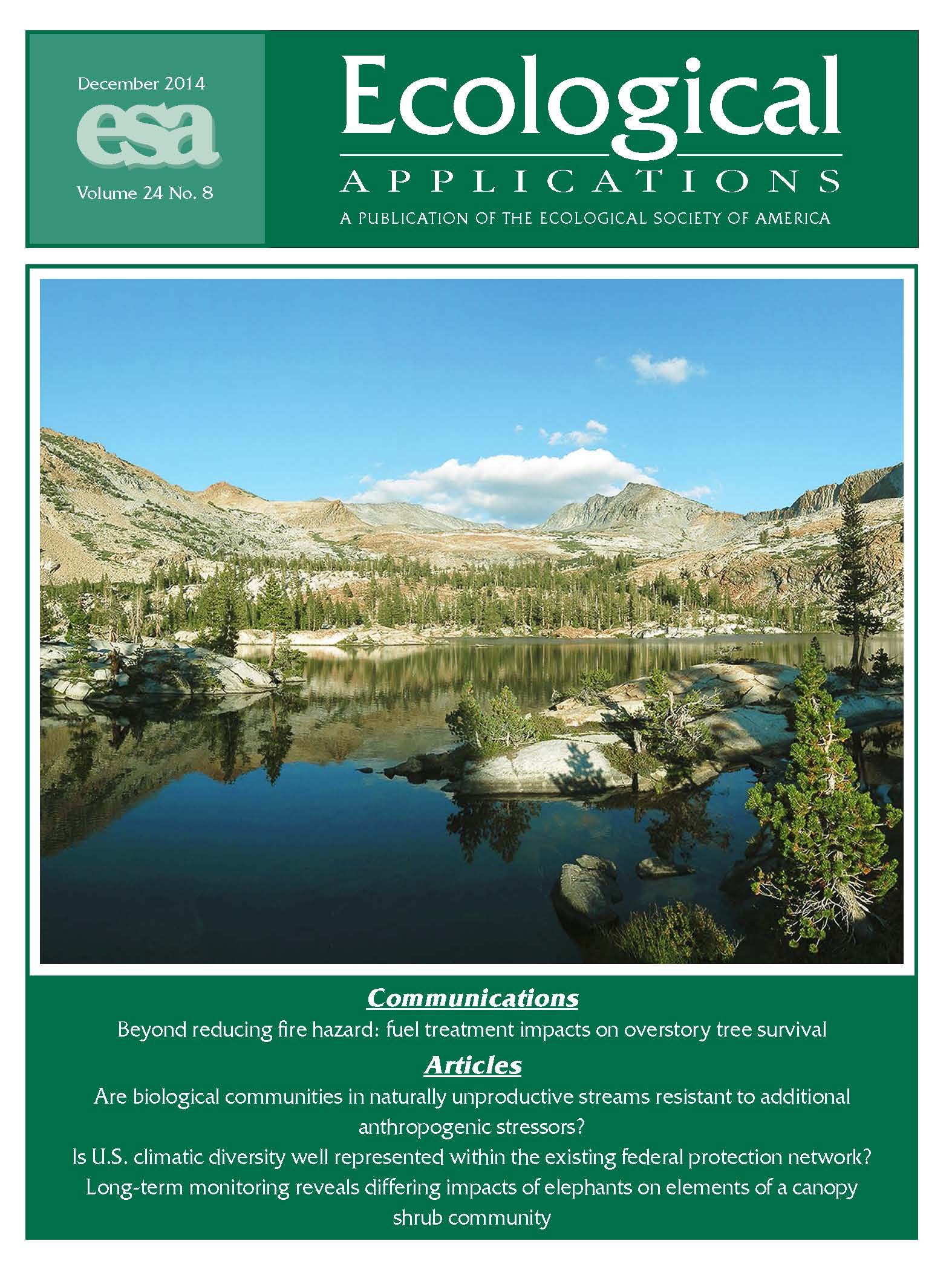