Although the North American boreal zone has been well studied, it has not historically been well defined. Scientists have disagreed about its geographic boundaries and the extent of the boreal forests within it.

To establish a reliable definition, the Canadian Forest Service of Natural Resources Canada has developed a revised map of the North American boreal zone. Based on consistent criteria, well-defined terms and the most current information, the map can serve as a scientific baseline for defining the boreal zone in North America.

The new map, along with related statistics, also gives scientists, regulators and environmental groups a common standard for monitoring and reporting on changes to this ecologically important area. 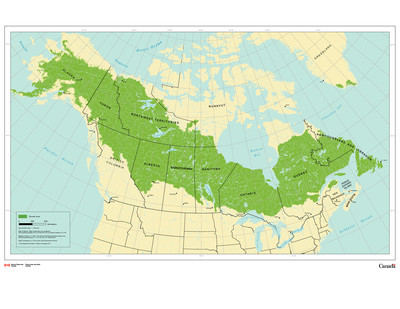