Parasitism helps to reduce the damage caused by the hemlock looper. Therefore, in order to maintain high rates of parasitism in forest stands vulnerable to this pest, the researchers recommend that partial cutting be avoided or that the partial cutting intensity be lower than 40%. 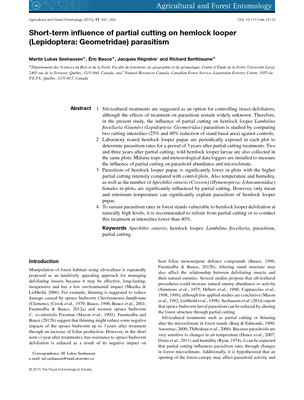