In this article, researchers studied the impact of different factors that shaped the current boreal forest (i.e. climate, natural disturbances, physical environment and human-caused disturbances). The impact of these factors on forest composition (types of trees) and its evolution can be felt at various degrees.

The information gathered regarding the relationship between vegetation and the factors that influenced its development leads to a better understanding of Canada’s boreal forest and supports the implementation of ecosystem management. 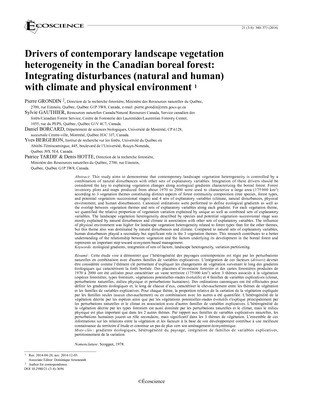