Defoliator and bark beetle disturbances can be separated using Landsat time series. Separability decreased for stands mixed between host-trees of both agents. The magnitude of disturbance was most important for separation. Spectral change caused by defoliators was explained by changes in tree foliage. Spectral change caused by bark beetles was explained by increasing tree mortality. 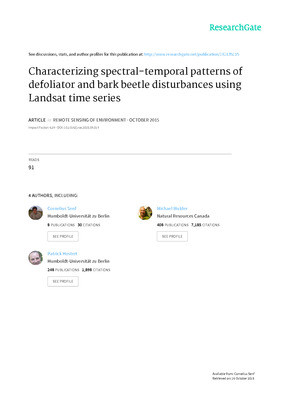