In this study of white spruce, the researchers set out to determine which portions of the tree’s genome could be related to certain wood characteristics, including its density, stiffness and fibre quality. They developed a new approach in order to demonstrate the interaction between various genomic regions and identify gene networks that control the expression of those wood characteristics.

This new knowledge on white spruce - a species that is highly valued for the quality of its wood and high plantation yield - will help in the selection of better specimens for the production of seedlings for reforestation purposes. 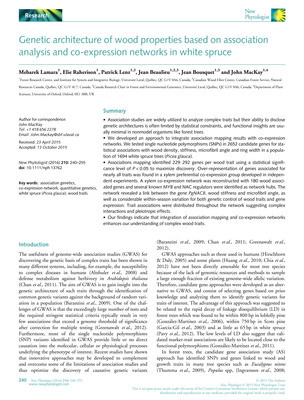