In this article, the researchers describe 14 species of Liogluta present in several provinces and territories in Canada and the United States (Alaska), including three that are described for the first time. This article also includes an identification key for these beetles, as well as photos and facts about their habitat.

Taxonomy is a science which classifies living organisms. Insects are grouped according to different orders, which are subdivided into families, genera and species. Taxonomy is namely used for conducting biodiversity studies or for assessing the impact of human activities on forest ecosystems. 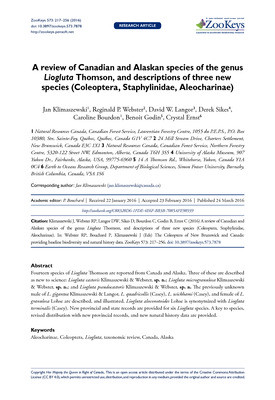