The increase in spring temperatures caused by climate change, accelerates budbreak in black spruce. This temperature increase is asymmetrical in that minimum night temperatures have increased two-fold compared with maximum day temperatures; therefore, the overall climate is warmer.

Current budbreak forecasting models do not take into account this temperature asymmetry. These models should be recalibrated in order to improve their accuracy and results. 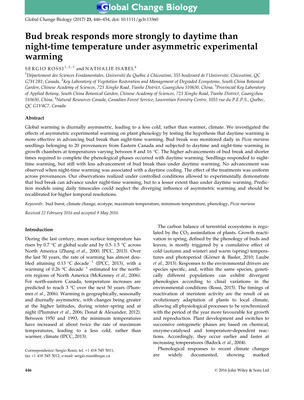