This study demonstrate that the amount of water that evaporates off stems after a rainfall, as measured with suitable instruments, is on average five times higher than the indirect estimates made in the past. The researchers also found that the evaporation from the stems was equivalent to evaporation from the canopy.

Thanks to these results, the canopy’s role can be more accurately considered in rainfall management for urban ecosystems.

The study was carried out on a row of pitch pine, or slash pine, located on Georgia Southern University’s campus in the United States. 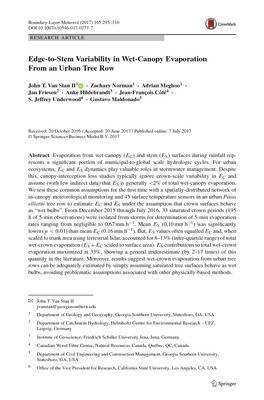