The objective is to describe two new species of Mymaridae (a group of parasitic wasps in eggs of other insects) and re-describe two other species, and provide a key to all seven described species for the world. The paper shows that the genus is much more widespread than originally thought (Australia, Oriental Region, Africa, so far). The paper clarifies the identity of two previously described species and puts them in context within the framework of all the species studied here. 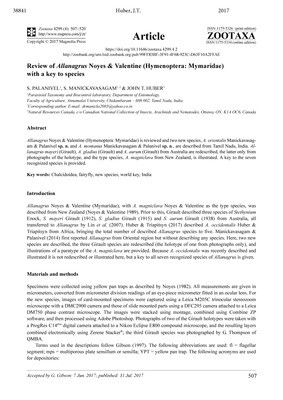