This study was based on the monitoring of black spruce and jack pine stands over a period of 15 years following precommercial thinning. The goals were to study the effect of precommercial thinning on the composition of ground vegetation strata, its impact on stand productivity, and to assess how the composition of these vegetation strata influences tree growth and stand productivity.

The results will help forest managers target sites for precommercial thinning operations more effectively, enabling them to select sites where the positive effects of the operations will be most significant. 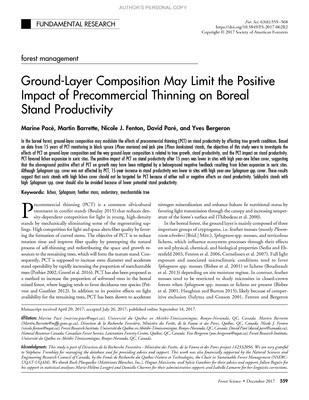