The majority of plant diversity in North American boreal forests is comprised of understory plant communities undergoing continuous interspecific competition. Anthropogenic activities, particularly surface mining, have introduced higher severity disturbances that not only remove vegetation, but also modify soil. During reclamation, soils used to cap overburden materials have inhibited native plant growth and increased weed invasion. This study aimed to examine the effectiveness of seeding and weeding treatments for promoting the establishment of native understory plant communities, as well as a common deciduous tree species, on three different reclamation cover soils (forest floor – mineral mix, peat–mineral mix, and transitional). The broadcasting of a native forb seed mix was not successful on any of the cover soils, whereas weeding affected each cover soil differently. With weeding, the forest floor – mineral mix and transitional cover soils experienced a decrease in the relative abundance of introduced forbs and an increase in the relative abundance of graminoids. The increase in graminoid cover on the forest floor – mineral mix was mostly attributed to the expansion of Calamagrostis canadensis (Michx.) P. Beauv. Overall, weeding effectively eliminated introduced plant species, allowing competitive native grasses to establish. However, weeding may have unintentionally hindered the development of a native understory plant community via the over-establishment of grass on reclamation sites.

Oil sands mining is a severe disturbance that removes vegetation; it also drastically modifies soils. After mining, land reclamation activities are used to reconstruct soils and reintroduce native plants. However, these reclamation sites often have many invasive weeds. This study aimed to examine the effectiveness of seeding and weeding treatments to promote growing native understory plants and trembling aspen tree seedlings on three different reclamation cover soils. The broadcast spreading of a mix of native seeds was not successful in establishing native plants on any of the cover soils. Weeding the plant species that were dominant and introduced to the area increased the establishment of aspen seedlings and the proportion of native grass cover, which may alter what grows in those plant communities in the future. 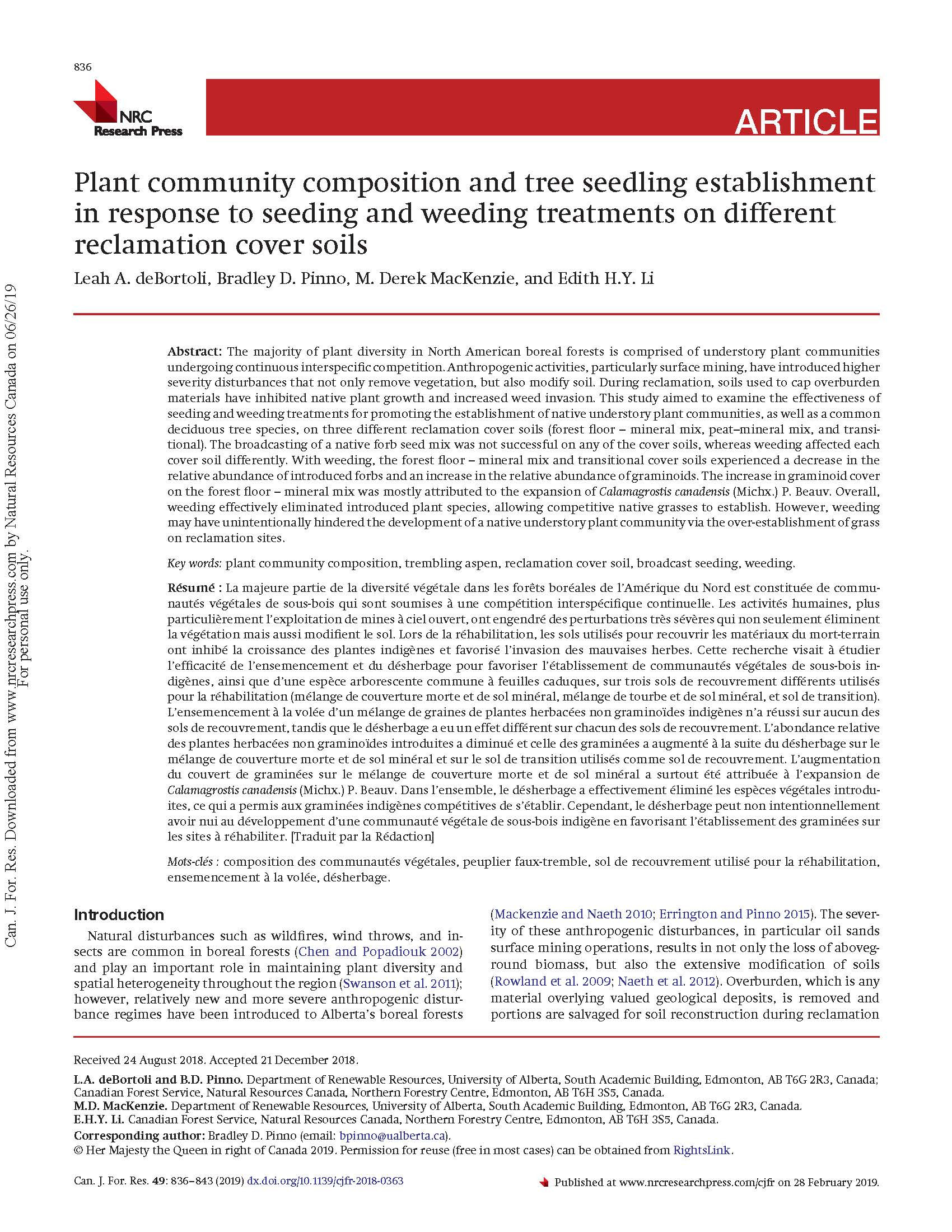