In 1970, the Canadian Forestry Service implemented the OECD (Organisation for Economic Co-operation and Development) Scheme for the control of forest reproductive material moving in international trade. Since that time, the Pacific Forest Research Centre, as the certifying agency for forest tree seeds collected under the scheme in British Columbia and the Yukon Territory, has issued Certificates of Provenance and OECD shipping labels for 127 "source-identified" seedlots, representing a total of 7373 kg of seeds from 11 conifer species. Total estimated value of the seeds on the export market exceeds one-half million dollars. Considerable increase in the use of the scheme in Canada can be expected because of growing insistence by many countries that imported seeds carry OECD certification. 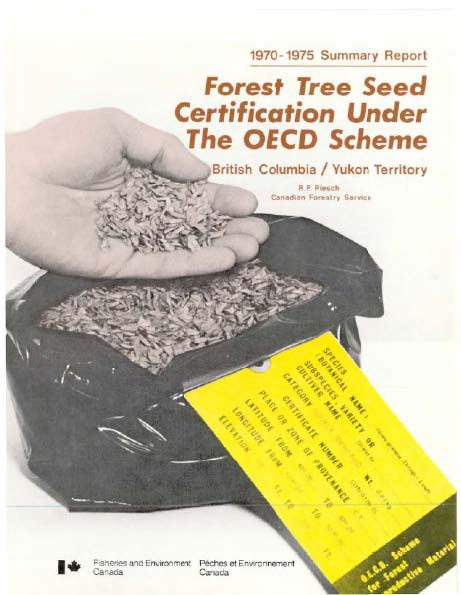