We use simulation models of the winter biology of two forest insects – emerald ash borer and mountain pine beetle – to illustrate the anticipated effect of the polar vortex of the winter of 2019 on overwintering survival. Cold spells in late January and early and mid-February were cool enough that relatively high levels of mortality of both species may be expected in many parts of northern Canada. However the high mortality response is not ubiquitous, and neither is it particularly severe compared to winter weather patterns from earlier decades. Forest insect pest managers will be required to carry on their usual work of population assessment and response. As Earth’s climate continues to warm, overwintering survival should, on average, increase in both species. However, the common occurrence a split polar vortex associated with increasingly meridional jet stream flows should bring the odd winter of heavy mortality. 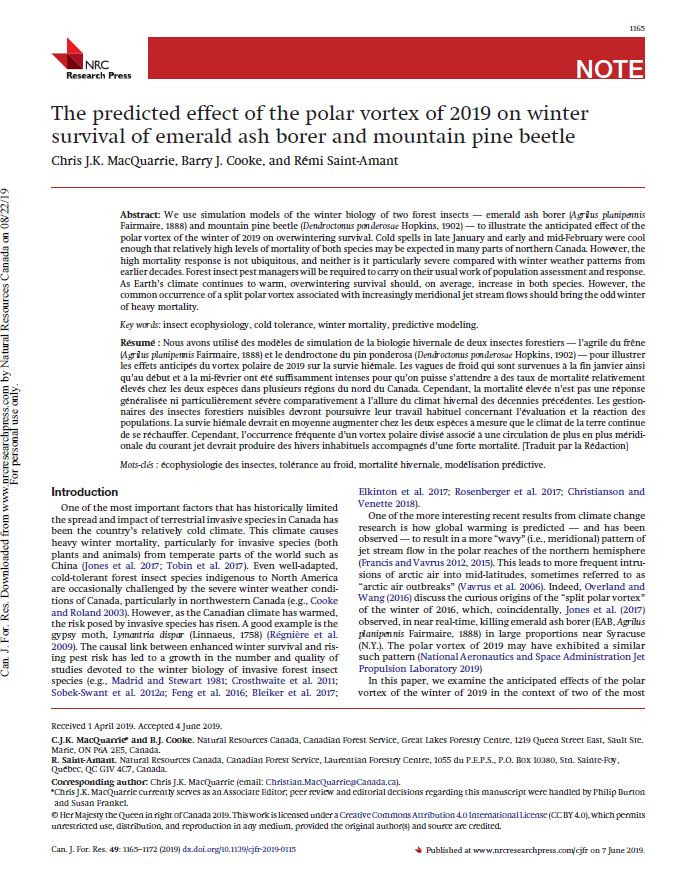