We propose design-based inference with finite mixture models (FMM) in settings where heterogeneity cannot be addressed by more conventional modelling. In FMM, a model is estimated for each of K latent model subgroups in a population under study. We evaluated the FMM approach with a difference estimator with K = 2 in 600 replications of simulated equal probability sampling from 12 artificial populations. An example with a forest population in southern Norway demonstrated a practical implementation. The artificial populations were composed of one, two, three, or four actual model subgroups generated from models that were either of the same form as the estimation model or different. We compare bias and variance in estimates of a population mean with standard results for K = 1. All estimates with K = 2 were nearly unbiased. Bias was largest when actual subgroups were clustered on y. Variances in sample means with K = 1 were 60% larger than with K = 2. An important reduction in variance with K= 2 was confirmed in the case study. A reliable estimate of variance requires a medium to large sample size.

Model assisted inference is design-based, that is, sample selection is the only source of randomness. As such the analyst must choose a working model without recourse to otherwise popular model selection and variable selection methods abound. It is therefore important that the working model is flexible. We introduce, for the first time, finite mixture models (FMM) to design-based inference as a very flexible working model. In FMM the analyst purports the existence of K latent subgroup models in a population of interest. Subgroup membership can be predicted from available environmental variables and the model for each subgroup does not have to be identical. In extensive simulations and a case study we demonstrate the FMM is nearly unbiased and that root mean squared errors with FMM can be considerably smaller than with just a single working model. Our findings should promote application of FMM in design-based inference of forest inventory results. According to our study, the net benefit will be a reduction in the estimates of error for a given sampling effort. 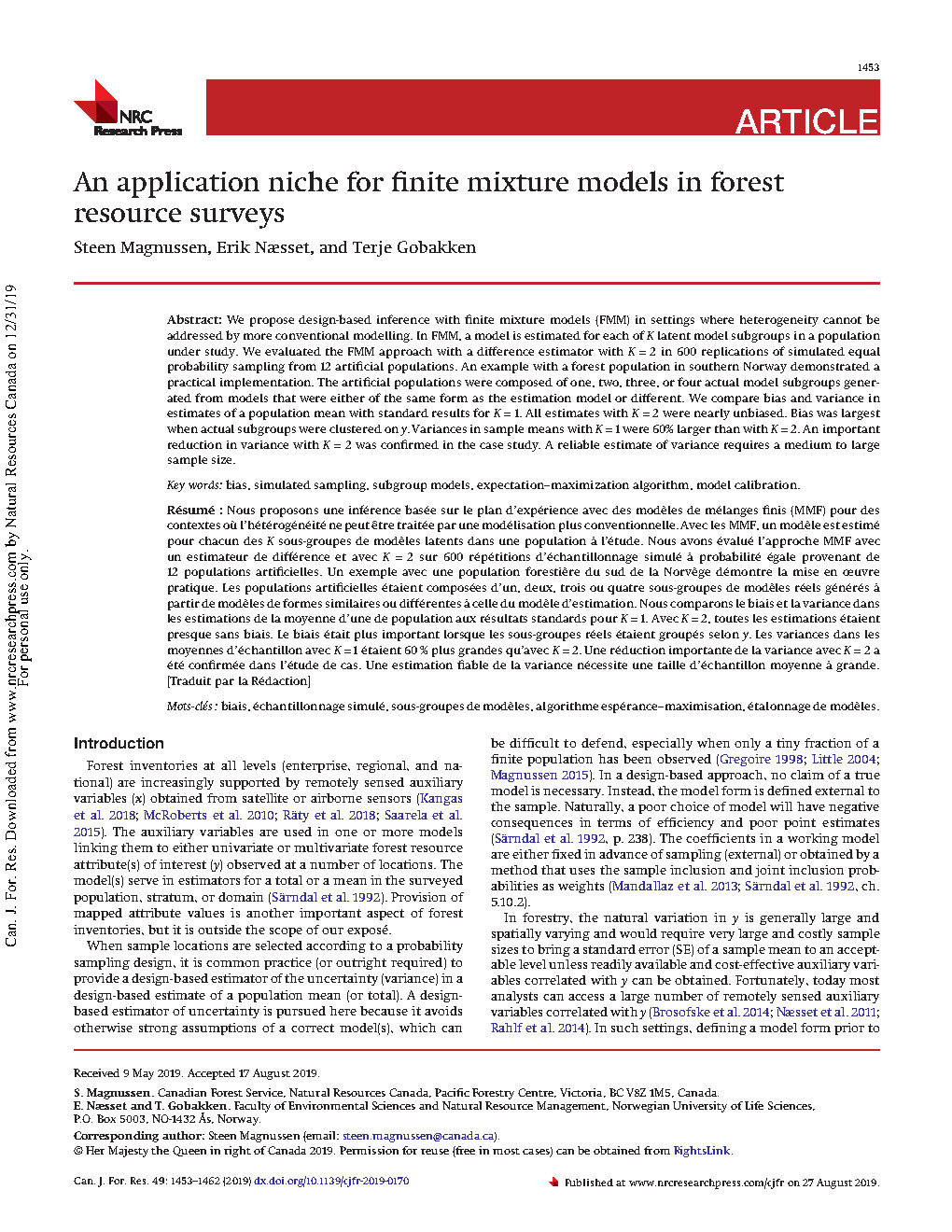