Current predictions of whether tree growth in Canada’s forests is going to be enhanced or reduced by climate change are idiosyncratic. In other words, there are different results coming from different studies in different locations, with no clear explanation for the differences. In this study, we show that across a rainfall and temperature gradient in central Canada, the changes are directly related to moisture. If there is enough moisture, then trees appear to be growing better; if there is not enough moisture, trees appear to grow worse. This clarification of the divergent results from elsewhere will help scientists forecast future growth better than previously. 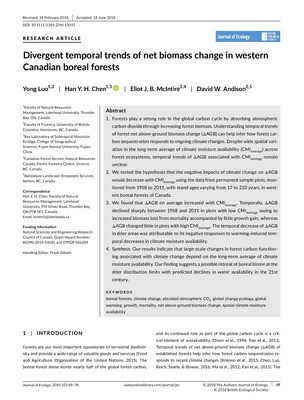