Seven variance estimators to be used under systematic sampling are evaluated in a simulation study with 270 artificial spatial populations with different levels and structure of autocorrelation. In settings without an auxiliary variable a proposed new spatial resampling estimator RHO is recommended. In setting with an auxiliary variable, an estimator based on post-stratification (PST), and one with a correction for spatial autocorrelation (DOR), generated estimates with less bias than the SRS estimator in the majority of studied settings. Only in populations with either a near zero autocorrelation at the interval of sampling, or a very strong correlation between the target and the auxiliary variable did the otherwise conservative SRS estimator perform as well as the alternatives. 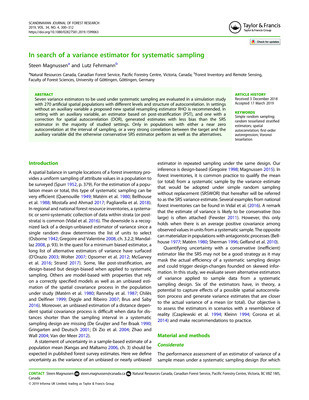