Increased demand for timber, the reduction in the available timber resources, more frequent and severe forest fires under a changing climate have increased the use of salvage logging in North American forests despite concerns regarding impacts on biodiversity and long-term forest productivity. We aimed to complement previous approaches that used bird species richness or individual abundance in salvage-logged habitats to assess the sustainability of this practice. We looked for commonalities in the taxonomic, functional and phylogenetic components of bird assemblages among these three post-disturbance habitats across a broad geographic range. We compiled six North American datasets selected from primary and grey literature that documented species composition of avian assemblages in habitats after recent fire, post-fire salvage logging and traditional logging. Our results revealed contrasting patterns of bird trait assemblage among burned, post-fire salvage and traditionally logged habitats. In salvage-logged habitats, taxonomic diversity, functional diversity, functional and phylogenetic redundancy were significantly lower than in both burned and traditionally logged habitats. The frequency of insectivores was significantly lower after salvage logging than after both fire and traditional logging. These findings suggest that cumulative disturbances have a negative effect on early assembly of bird communities. The outcomes of this study encourage further assessments, at landscape level, of salvage logging intensity, burn size and fire severity on bird functional structure to better plan for their conservation. 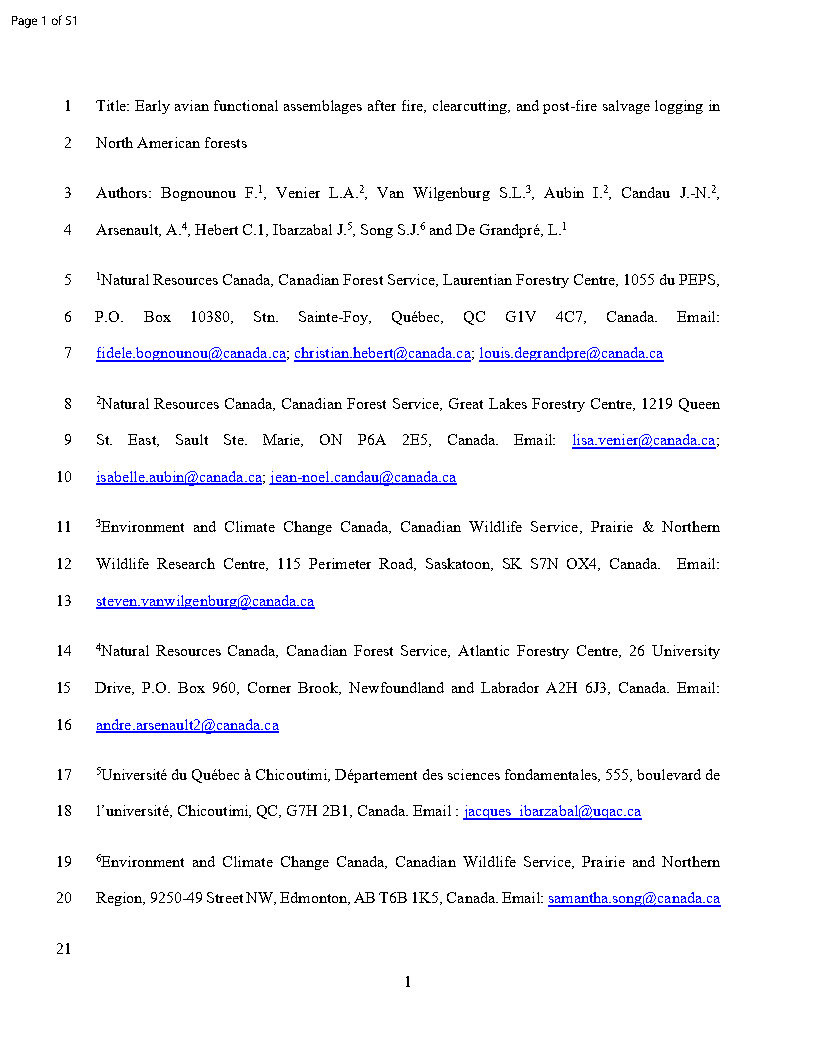