Though effects of forest harvesting on small headwater streams are well documented, little is known about how these effects translate as we scale up spatially through a watershed into the downstream receiving waters (larger streams and rivers). In other words, if we impact several small streams, does this effect dilute or dissipate (reduce) downstream? This has vitally important implications for how we manage forests for the protection of freshwater resources and ecosytems, yet has been nearly entirely overlooked. This manuscript is the first of two parts, investigating how impacts on small streams translate through the watershed/landscape, across 3 managed basins in New Brunswick ranging in forest management intensity (intensive, extensive, minimal). We found that effects on some biological indicators - such as abundance of inverts and health of fish - increased spatially, while others - such as algal concentrations and organic matter turnover - decreased. These effects differed among the management intensities as well, with increased accumulation in the more heavily managed watersheds. Overall, we found that some of the same biological impacts of forestry that have been reported in small streams also extend to larger systems. However, although the intensive and extensive basins had lower macroinvertebrate diversity, there were no other signs of biological impairment using these traditional indicators. Follow-up work will now investigate whether other indicators suggest biological impairment undetected by traditional metrics - given the observed effects - and whether different management practices can be applied in the most heavily-impacted watersheds to reduce these cumulative effects. 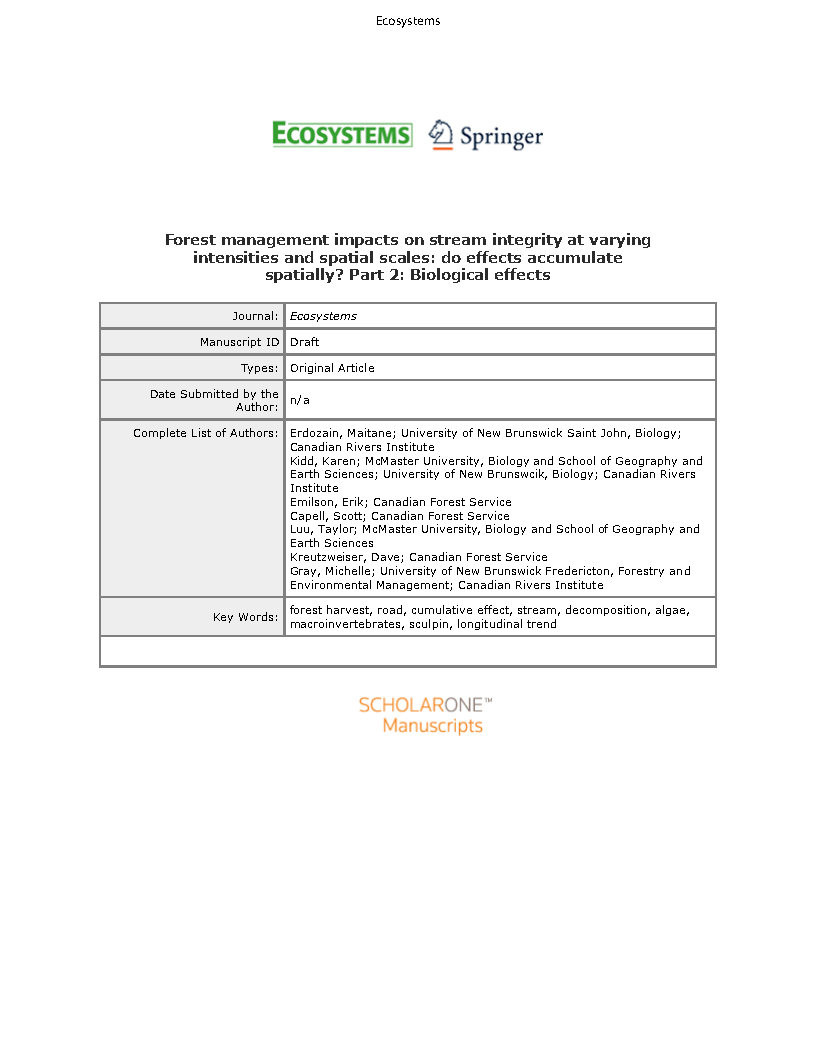