In 2006, when the current spruce budworm (SBW) outbreak began in the boreal forest of the Côte-Nord region, Louis De Grandpré, a research scientist in plant ecology and forest dynamics with the Canadian Forest Service, was already studying the area with his team. Together, they set up a large experimental site consisting of 10 permanent plots ranging between 0.4 and 1 ha and located in stands of fir, spruce, and mixed fir and spruce. De Grandpré wanted to carry out a long-term follow-up study of the effects of the SBW outbreak on the forest ecosystem. He asked himself the following six questions, which led to the discovery of some exciting new knowledge!

Also available under the title:
Ten Years of Advances in Our Understanding of the Spruce Budworm Outbreak. Branching Out from the Canadian Forest Service, Laurentian Forestry Centre. No. 123. (English) 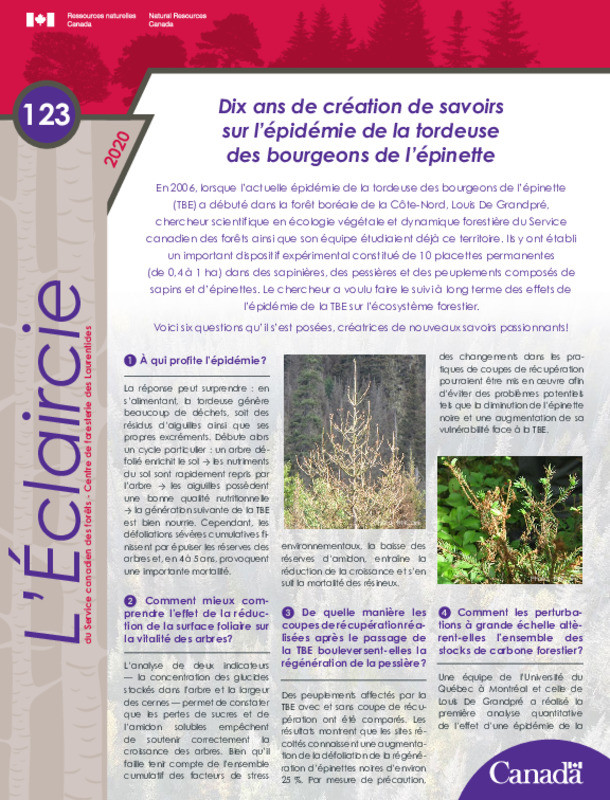