In a recent paper in ZooKeys, Wiemers et al. (2018) provided an updated list of European butterfly names. In this list, the authors follow gender agreement for species names, differing from the common practice. This response voices the concern that the reversal from common practice does not benefit the stability of Lepidoptera names and is disruptive. According to the rules of taxonomic nomenclature, the genus and species of a scientific name must be the same gender. Thus when a species is moved to a new genus, sometimes the spelling must be changed to fit the gender of the genus. However, this wreaks havoc with computerized searches, so the Lepiopterists' community has overwhelmingly abandoned that practice, and keeps the spelling of all species names constant. There have been several global and local initiatives over the last several decades; however, the funding situation for most of the projects is poor, with few taxonomists working to populate the databases who rarely receive recognition for their work. We conclude that Wiemers et al. (2018) did a disservice to the existing naming system, as well as the users of butterfly names who are usually unaware of these detailed systems. We believe the simplest way forward would be to do away with gender agreement altogether. 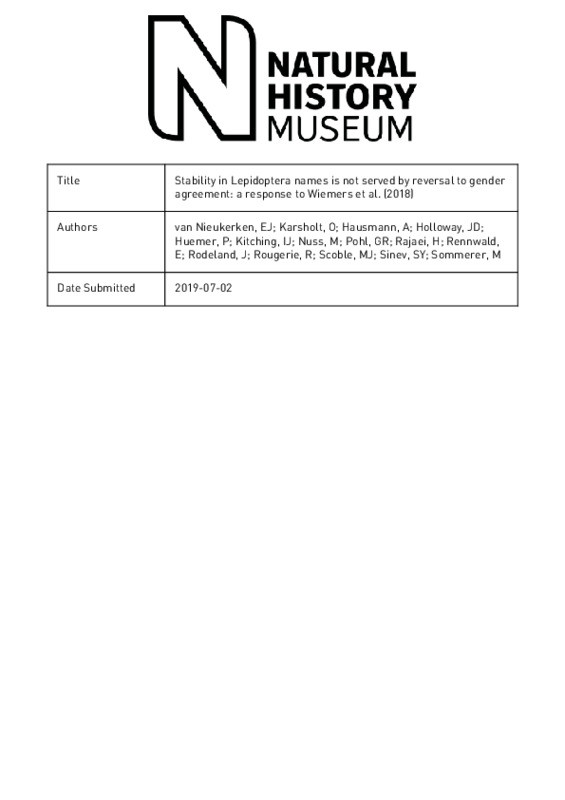