This chapter takes an in-depth look at the economic damages non-native species cause, methods economists often use to measure those damages, and tools used to assess invasive species policies. To put the problem in perspective, Federal agencies reported spending more than half a billion dollars per year in 1999 and 2000 for activities related to invasive species ($513.9 million in 1999 and $631.5 million in 2000). Approximately half of these expenses were spent on prevention. Several states also spend considerable resources on managing non-native species. Costs to government may not be the same as actual damages, which generally fall disproportionately on a few economic sectors and households. 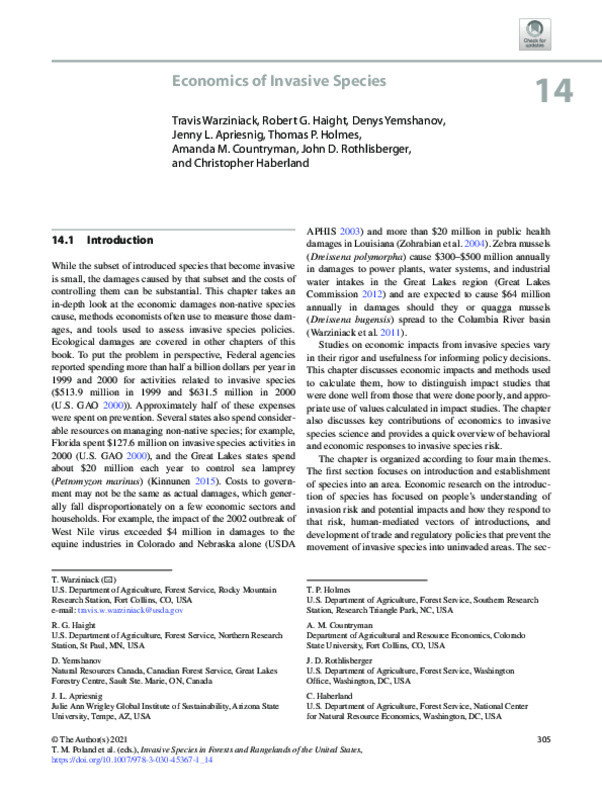