"Nearctic Anthomyzidae of the Anthomyza clade comprising the genera Fungomyza Rohácek, 1999 (1 species), Ischnomyia Loew, 1863 (1 species), Arganthomyza Rohácek, 2009 (7 species) and Anthomyza Fallén, 1810 (18 species) are monographed. A review of the history of taxonomic research of the Nearctic Anthomyzidae and of the adult morphology are given. All included taxa are treated systematically, with complete data on nomenclature, type material, taxonomy (diagnoses and (re)descriptions, keys, illustrations of taxonomically important structures), relationships, biology and distribution. The concept of Ischnomyia is redefined and its Nearctic species are revised and redescribed as are all those of Anthomyza; species of the remaining two genera are reviewed. Ischnomyia spinosa Hendel, 1911 syn. nov., is a new junior synonym of Arganthomyza vittipennis (Walker, 1857) comb. nov., the latter being resurrected from synonymy with Ischnomyia albicosta (Walker, 1849), transferred to Arganthomyza and redescribed. The E. Palaearctic species I. barbarista (Rohá

A review of the Nearctic Anthomyzidae of the Anthomyza clade (group with a common ancestor) was presented, including research behind the classification and morphological structure of the member genera and species. All included species have complete data on naming, type material, classification, relationships, biology and distribution. The various classifications were reviewed and re-described, with changes made to the overall structure and organization, while hypothesizing relationships among genera and their member species based on shared morphological features. Genera and species groups were redefined and or re-diagnosed, and two new species groups were established. The first modern key to identify all Nearctic genera of Anthomyzidae was provided, along with keys to identify member species. Species distributions were grouped into patterns and presented in a comparative way. 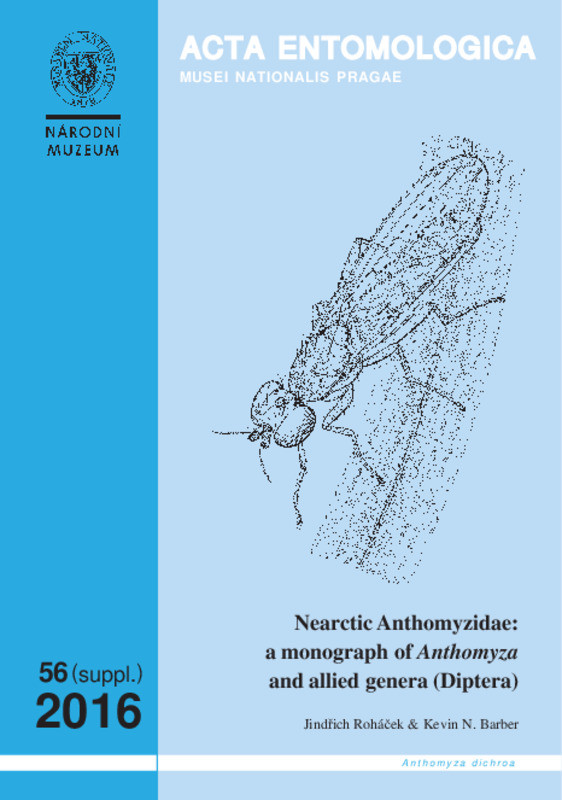