The impact of avian predation on a declining population of the spruce budworm, Choristoneura fumifereana (Clem.), was measured using single-tree exclosure cages in a mature stand of balsam fir, Abies balsamea (L.), and white spruce, Picea glauca (Moench.) Voss. Bird population censuses and observations of foraging and nest-feeding activity were also made to determine the response of budworm-linked warblers to decreasing food availability. Seasonal patterns of foraging. as well as foraging success in the declining prey population was compared to similar information from birds observed in another stand where the spruce budworm population was rising. Avian predation was an important source of mortality between the 4th instar and moth emergence in the declining outbreak population. Mortality by predation increased from negligible to over 98% as budworm density dropped from 100 to 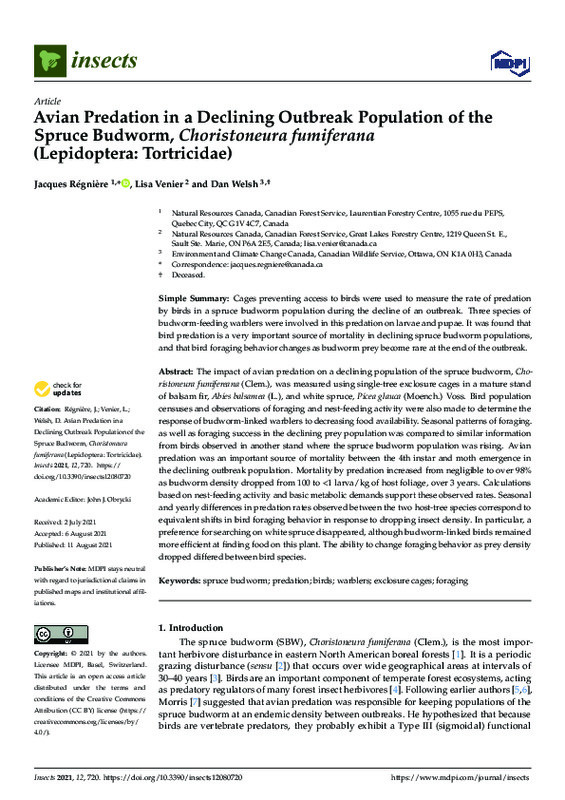