The elm zigzag sawfly, Aproceros leucopoda Takeuchi (Hymenoptera: Argidae), was reported for the first time in North America during the summer of 2020. Characteristic zigzag defoliation was reported in the province of Québec, Canada, on the community science website, iNaturalist. Field trips conducted to the site resulted in the collection of live specimens (a few larvae and a cocoon from which an adult emerged) and onsite observation of diagnostic defoliation and empty cocoons, confirming the presence of this exotic species in Canada. Subsequent inspection of elm trees by naturalists and scientists in the south of the province led to the conclusion that the species is more widely distributed than first expected and that the invasion is not localised to a small area. Preliminary genetic data pointed to a possible European origin of the Canadian population, but conclusive assignment to source will require examination of more specimens and the collection of reference sequences from different European and Asian populations. This is a good example of the importance of community science in the detection of new invasive species. 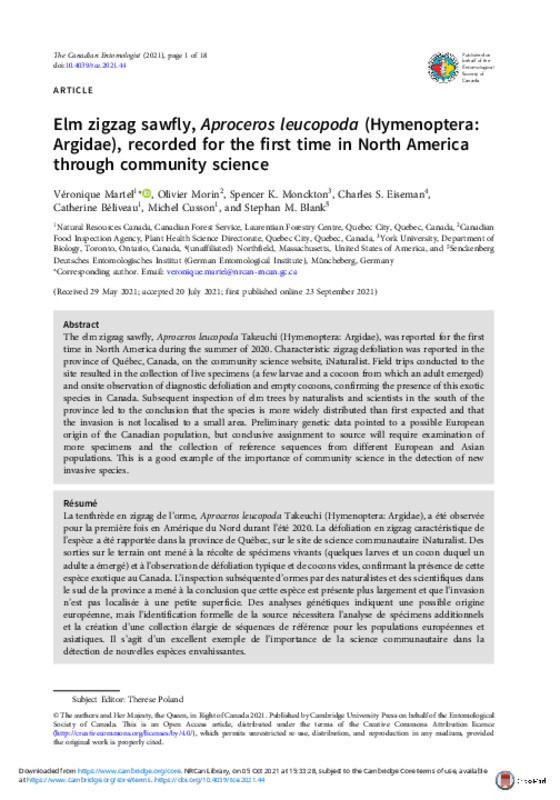